The store will not work correctly in the case when cookies are disabled.

How Did The 2015 Ram 3500 Cummins Dually Perform At Pritchett Canyon in Moab? 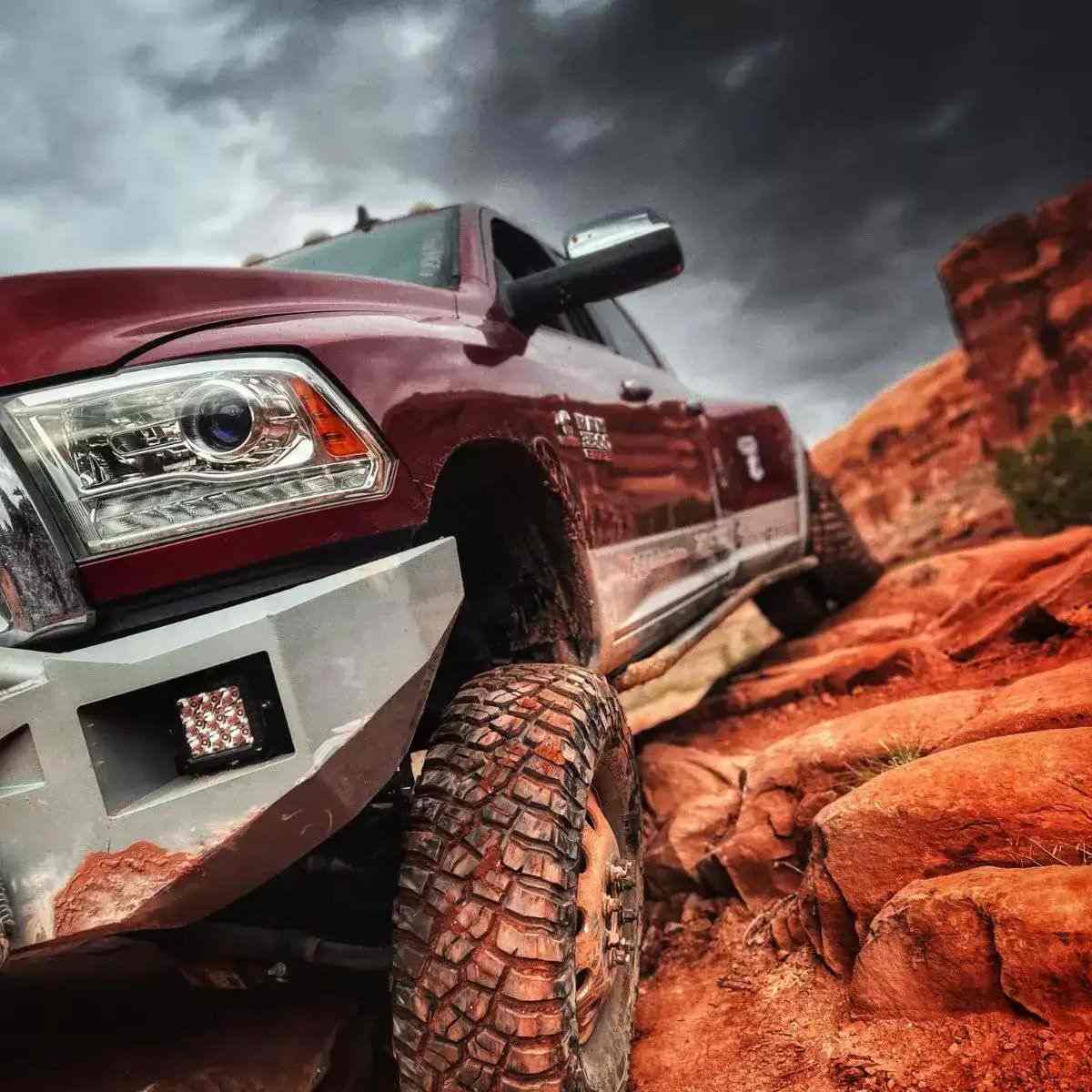 Pritchett Canyon is one of the most difficult trails in Moab. Pritchett Canyon is known for slickrock climbs, nasty off-camber sections, and other extreme challenges, making it a solid proving ground for 4x4 enthusiasts. Many performance-enhanced rigs, buggies, and side-by-sides are often turned away by these obstacles. Never ones to back down from a challenge, the Randy's Transmissions team decided the trail was the perfect place to put our 2015 Ram 3500 Cummins dually to work.

Our Ram 3500 sports a Carli Suspension Pintop System with Deaver leaf springs and King remote-reservoir shocks. Up front there's a bumper from Fusion Bumpers with a custom cradle from our sister company, GilleyFab, that boasts a Badlands 12,000-pound-capacity winch from Harbor Freight. GilleyFab also built us custom Rocksliders from 1.75-inch, 0.25-inch-wall DOM (take a good look at those and let GilleyFab know if you like 'em—they might go into production). Tires are 35x12.50R17 BFGoodrich T/A KM3 mud-terrains, and you the outer rear is beadlocked to the rim of the Raceline Monster wheels. Finally, our AS69RC Stage 2 slushbox feeds the nearly 1,000 horses of Cummins power to the tires.

Credit needs to be given to the Ram's incredible 5 tons of mass, which often keeps it planted in some places where other vehicles might find themselves unstable. Wheelbase made a positive impact in some areas, and the buckets of torque (and the truck's tougher-than-rocks armor) are also adventageous. That's not to say the Ram navigated the canyon without incident, because it just wouldn't be Randy's Transmissions if there wasn't some risk!

Climbing a crazy slickrock slope (or two) took out the passenger-side intermediate shaft. After our team performed a speedy trail-fix, the Ram 3500 was back in motion but quickly found itself hung-up on its driveline. After sliding sideways, we decided that it needed some rearrangement to get itself pointed in a safe direction.

By the end of the day, we had successfully navigated the 2015 Ram 3500 HD Cummins dually through Pritchett Canyon, and drove it home without a trailer.

Check out the video of our day at Pritchett Canyon here! 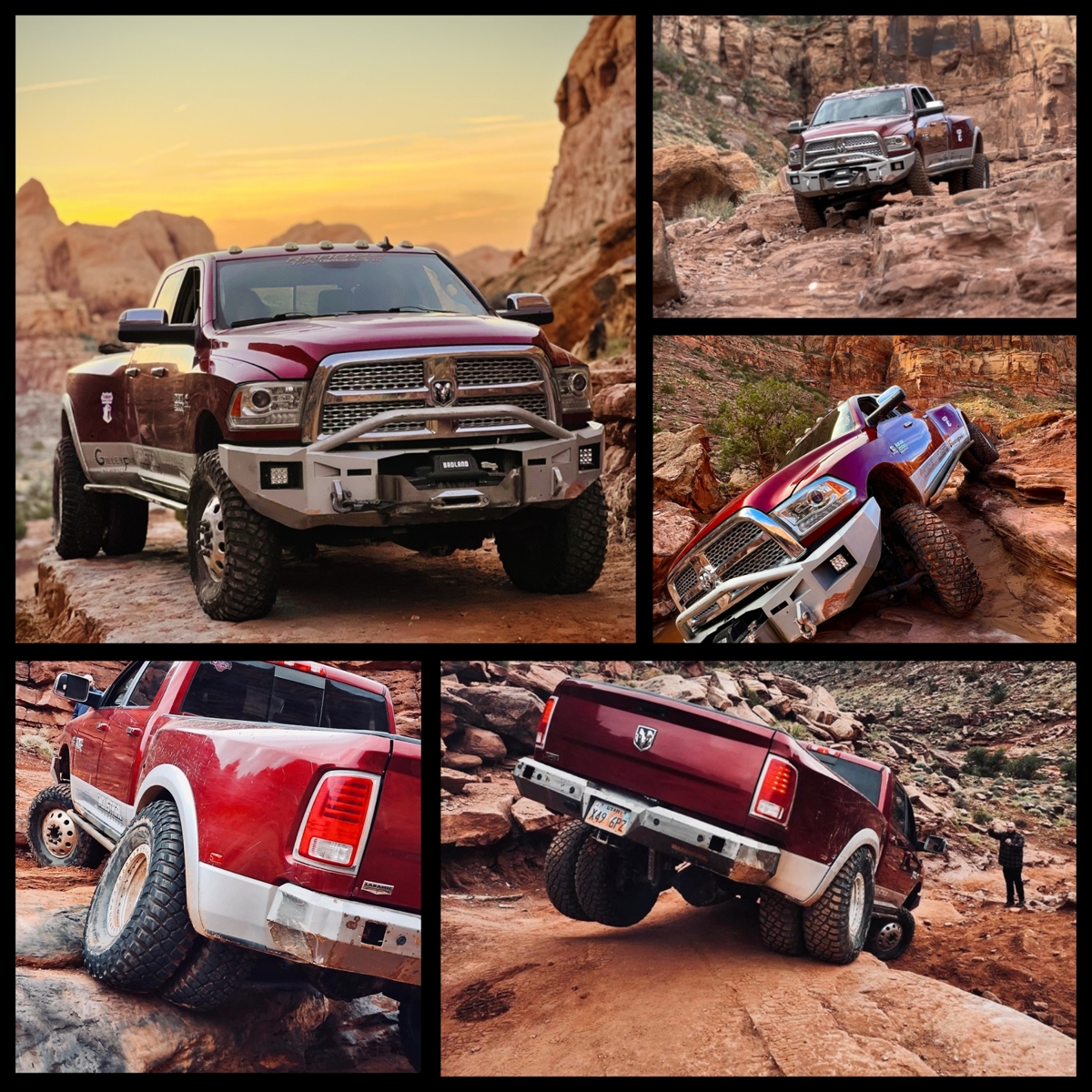